A TSD Rallye is not a race, rather it is a contest in which a team consisting of a driver and a navigator combine driving, observational, mathematical, and communicative skills (as well as patience) in the negotiation of a prescribed road course at prescribed speeds. The main objective is to stay on course following a set of route instructions that each team receives before the start of the rallye. The route instructions define what route to follow and what average speeds to maintain. Rallye scores are determined by timing the arrival of each rallye car at points along the rallye route and comparing the times against the official rallye time. These timing points are called checkpoints and their locations are not known in advance. It’s kind of like going to Grandma’s House only you don’t know where it is and you don’t know how to get there but you have to arrive precisely on time.

The Chicago Region will hold a Rallye School for the beginner rallye team followed by a “Fun Rallye”. Then throughout the year we will hold 5 additional Rallyes. These events provide an opportunity to see and drive some very scenic roads as well as have a lot of fun competing. 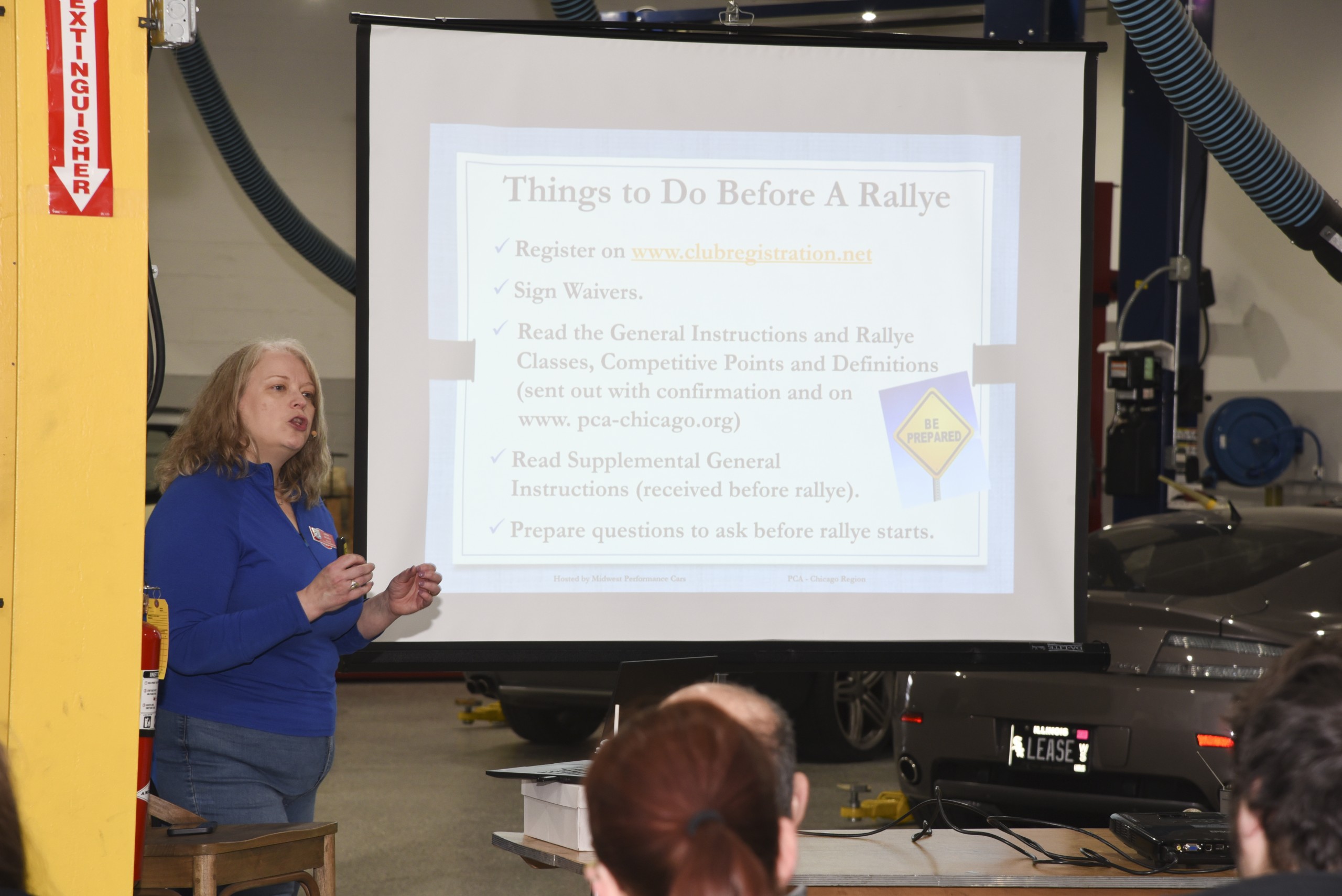 Ever wonder what a rallye is? Want to polish up your rallye skills? Want to learn the basics of rallying? Then join us for Rallye School on May 7, 2023. $30.00 registration fee

Ever wonder what a rallye is?

Want to polish up your rallye skills?

Want to learn the basics of rallying?

Registration opens at 8:30am on the day of the event. There will be light snacks and beverages served. School will start promptly at 9:00am.

See you at Rallye School!!

If you use Outlook, you can add the shared calendar by following these steps:

If you want to have our calendar overlay your default calendar in Outlook once you have followed the steps above:

If you use the native Calendar application on your iPhone and you want our events to be automatically added to your calendar, follow these steps on your iPhone:

Now, when you open the iPhone Calendar application, our events will be automatically merged in.

These steps are for IOS 14 and later and could be slightly different for other versions.